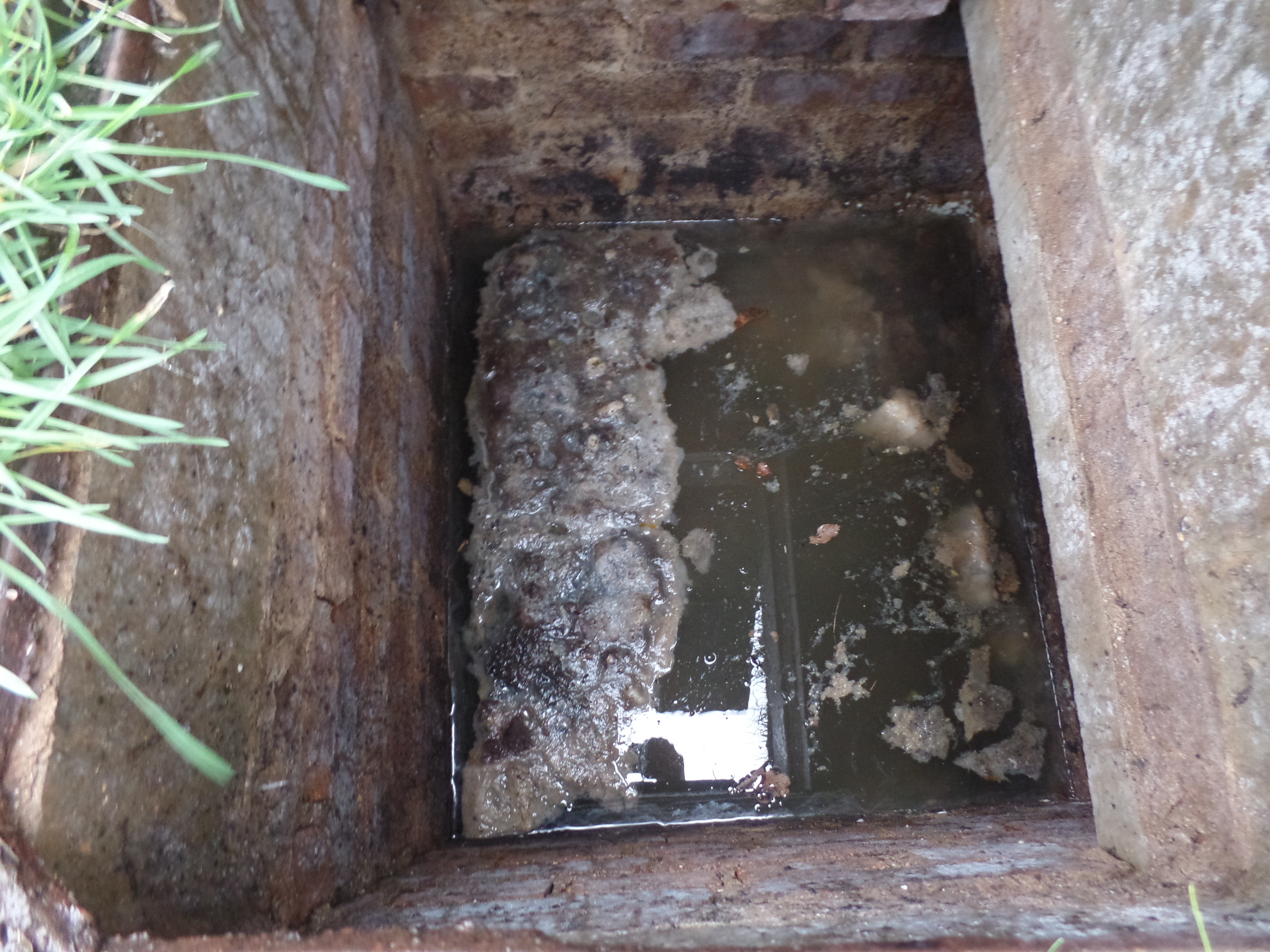 What lurks beneath the inspection chamber cover?

The ancient Romans were expert water engineers – they even had gods and goddesses to help ! The goddess Cloaca could be invoked to deal with blocked sewers.  And the god Crapitus looked after internal plumbing, constipation, flatulence… After the Romans left in the 4th Century AD, we didn’t take much notice of sewage disposal, directing it into streams and rivers. That is, until the Victorians made the link between infected drinking water and illness.

In this blog we are looking at traditional foul-water drains, sewers, not the myriad of other systems that we encounter occasionally. These are normally on larger rural type properties. To name a few, there are bio-digesters, cess pits, septic tanks, settlement tanks, bark rings and larger biological filters.

The inspection chamber and its coverare a separate science, as there are many different types available.One thing we often find is cheaper A15 rated inspection chambers being used on driveways. These are only tested to 1.5tons and have splayed when vehicles have driven over them. Hence these are often hard to open! The B125 inspection chamber should be used instead; this is load rated to 12.5 tons. But is complex and will itself be the subject of a future blog.

Opening the inspection chamber gives us an indication of where the drains run, their composition and condition. Obviously the drains run underground and are relatively small so they are not readily visible.

However, the inspection chambers can tell us a great deal. It’s easy to tell if they are blocked! The pungent aroma of fermenting sewage drifting up on lifting the chamber cover is the first sign. And often faecal matter is floating around in a dirty soup; this is the visual indicator. The first point of contact then is normally the water company to see who owns which section of the drains.

The nature of the drains, ie whether they are plastic or clay, can give an idea of their age. We can compare this to the age of the property; this gives an indication what works have been done and what is original to the building. Recent changes in drainage layouts would require Building Control approvals under approved document H of the Building Regulations.

If they are not plastic or clay, they may be pitch fibre which we will revisit in the next blog. The tell-tale black bitumen pipework has expense written all over it!

The direction of flow may suggest the drains run under say conservatories or extensions. As such,“build over agreements” should have been in place for the construction.The sewerage undertaker (brilliant job title) would have to approve such works.

Who is responsible for the drains?

Regulations changed on the 1st October 2011.This covered many private sewers and lateral drains draining into a public sewer and extending beyond a property boundary. The responsibility for these was transferred to water and sewerage companies. Hence if the foul water drain serves more than one property, it becomes a sewer and is no longer the responsibility of the homeowner whose land the sewer travels under. This means that potentially large portions of the drainage network are no longer under your ownership.However, you will still be responsible for the section leading from your house to the sewers. Depending on the depth of these drains, repairs can be very expensive.

Insurance companies often include the peril “accidental damage to underground services”. But you are not automatically covered for issues with the drains, certainly not if it is deemed fair wear and tear, or through poor maintenance. Issues normally only become evident when the building or the ground starts to move, galvanising the homeowner into action.

If we can’t open the chamber – or even find one which may be buried under decking or tarmac – we usually recommend that a specialist inspection is carried out, possibly using CCTV cameras.

And If we note movement in a building in proximity to the drains then again, we would recommend further investigations.One interesting example was in Horfield recently.We noted a small hairline crack around an extension that had been constructed forty years ago for the single occupant. We advised the prospective buyers that any problems with the drains may not have come to light because the house was under-occupied. A detailed inspection revealed that although the waste water from the bathroom visually appeared to drain well, it simply discharged straight into the garden. Remedying this by laying the correct drainage to the nearest sewer was both costly and disruptive!