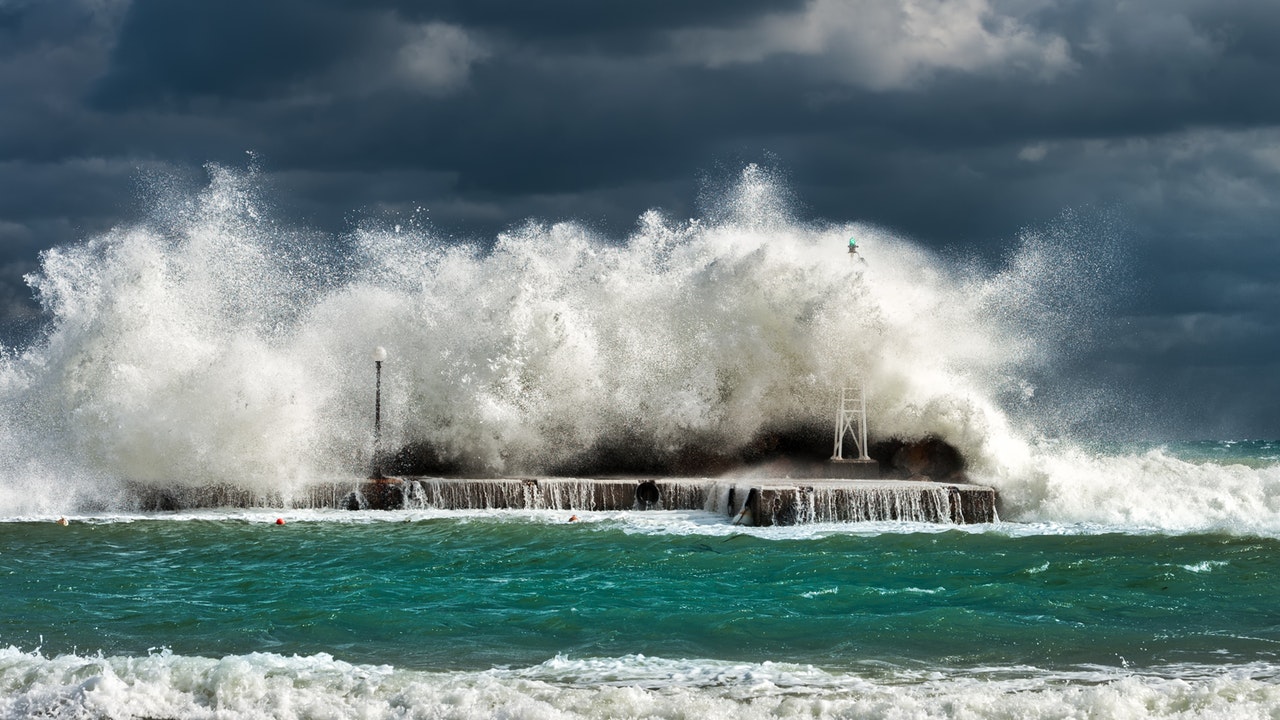 The first named storm of the 2018-9 season Storm Ali hit our shores with winds of over 80mph. It was followed quickly by Bronagh and Callum further north. The wet and windy weather following the long hot summer has once again bought focus onto roofing. During our work for leading insurance companies, we have been called to a surge of roofing inspections in the Bristol area.

Older flat roofs are usually constructed from layers of felt over chipboard. Often the upper surface is only dusted with mineral chips or solar paint to reflect the sun’s damaging UV rays. This only works in the short term. During the recent extended warm and dry spell,flat felt roofs will degrade under the UV light. They will expand in the heat and will often fail. The movement can also cause the felt to rip around mechanical fixing such as nails. However, if you have these on the upper surface, it is probably time for a new roof in any case!

This can leave the surface covered with small fissures and cracks.These weak spots allow water to penetrate through the lower levels of the felt. When we see these cracks, we know the end is on the way for the roof.

This is not “storm damage” in an insurance context. That would be physical damage caused by the one-off event of the storm, such as ripped-up felt or the cover being dislodged. Slow, simple cracking to the covering over the summer is a “wear and tear” issue, not a “one off event”.

What can be done?

For a short term repair, these small fissures and cracks can be filled using such coatings as Acrypol or various other treatments.These are only a short term fix, a Band Aid, but you will have longer to get the money together for a new roof!  If these cracks are left in place untreated, rain water will penetrate them during the winter. This water will freeze, it will expand and cause further damage. I expect that we will see many more such failures this winter due to the vagaries of the weather.

We have seen a small increase in the storm claims during Ali.With wind speeds recorded in excess of80 mph, this is not surprising.The worst damage has been on roofs that are exposed to the Bristol Channel;the wind travelled quickly over this body of water.

We often hear builders (and even surveyors!)  saying sarking felt isn’t important. It is really only to keep the roof area dry when the covering was being put on. This is often followed by a smug chortle and “what did they do before the 1930’s then?!” “My mate has a roof from the 1930’s and that doesn’t have any felt at all”. These older types of roof were often double lapped.These are the dense double layered tiles sometimes called Broseleys in Bristol.They are readily seen along sea fronts around the country.They are expensive to fit but offer two layers of tiles to protect from the weather. And they are easy to maintain when tiles do break, with a quick replacement.

However the tile covering that we recognise for most houses nowadays is half lapped.The tiles are laid in a stepped fashion and there is a weakness where they overlap. Hence a good quality, complete sarking felt beneath them is critical to their performance.

How long does a roof last ??Drains
Scroll to top