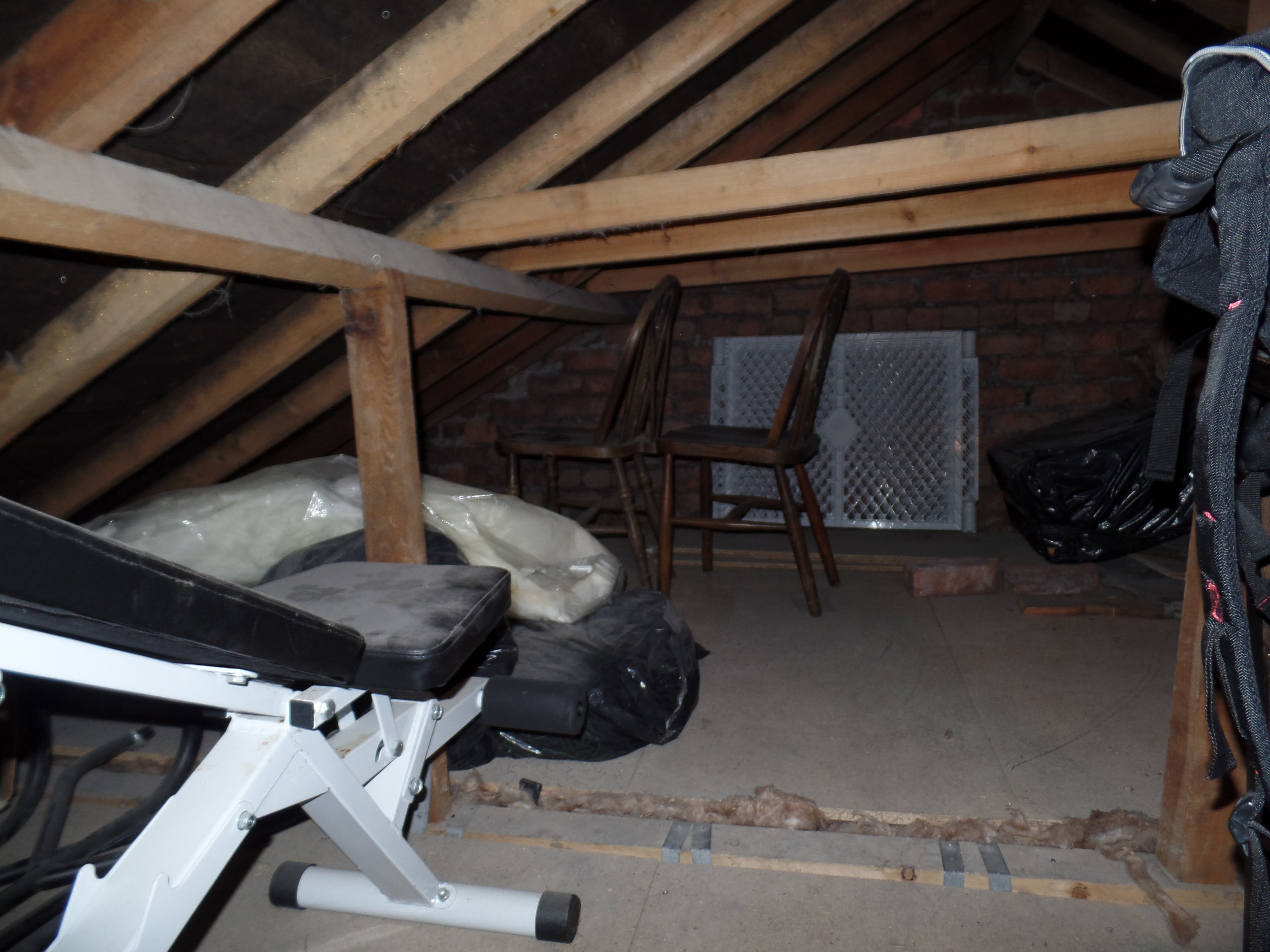 You’ve clambered up into the roof void, the attic. What’s the function of those wooden planks and what problems are associated too?

Unless it’s a flat roof, the upper most board that normally runs across the top is the ‘ridge board’. This is the apex or peak of the hipped roof.

Then running from this ridge board to the walls are the rafters. These are normally 3”x 2” in Victorian housing; in the 1930’s, the thickness was increased to 4”x 2”. Yes, imperial measurements, not metric, in those days!

The rafters have to span half the width of the house, so they are normally supported mid span by a large timber called a purlin. This stops them bowing or sagging under the weight of the tiles. We have seen purlins as thin as 4” x 3” in some properties in Gloucester Road and St George. With better quality Victorian housing, say in Fishponds, they can be up to 9”x 3”.

These are often supported mid span by a diagonal brace (called a strut) to take the loading (weight) to the central spine, the load-bearing wall in the middle of the property. Otherwise, the strut may be fastened onto binders. These are timbers spanning across between the load-bearing walls to stop the purlins bowing.

If you have read our blog on Pitched Roofs, you will know about ‘roof spread’. Sometimes even these reinforcing  arrangements were not enough, or have been removed, so additional struts were also used,  sometimes with collars. These struts run between the rafters just above the purlins, to give triangulation to the structure.This sends the weight loading down to the load bearing walls at 90⁰, preventing them from spreading and pushing the tops of the walls outwards.

Before the 1960’s, most roof structures were of traditional cut timbers, sometimes called “carpenters’ roofs”. As it sounds, each length of timber was measured and cut by hand, then lifted into place and secured with nails.

There were various designs of roof around during the Victorian era.  Inverted or Butterfly roofs were very common in Totterdown and Easton.  These have a central valley running down the middle to take rain water away so are prone to leakage. The structure is often problematic and cannot be inspected from the ground. These must be inspected from a pole camera or ladder. The valleys were supported by a ‘roof plate’ underneath. This was a substantial timber running under the valley from front to back.  These roof plates have often deformed under the weight of the tiles and water ingress issues have often caused decay. These roof styles stopped being used at the beginning of the 1900’s.Such roofs cannot easily be converted to habitable space as they have limited headroom.

In the 1930’s, usually in end of terrace houses or semi-detached properties, the sloping hip timbers run to the external walls.This hip is supported by a hip board or timber and the cut rafters around it are called jack rafters.

Around the 1960s trussed roofs started to gain in popularity. They incorporated the rafters, ceiling joists and bracing into a large triangular structure. These were manufactured off site and craned into place.  Then they were fastened using gang nail plates to fix the joints together. They were quick to install and were cheaper in comparison to cut roofing as the skills required were less.

The early trussed roofs did have problems with gang nail plates rusting and failing; some properties in Horfield have exhibited this.  Such rusting is often made worse by condensation in the loft voids. The triangles sometimes tilted when installed and may not be straight and true. When some roof failures in the 1960/70’s were attributed to the domino effect of the trusses falling over, diagonal bracing became part of the Building Regulations requirements. The trusses then also had to be secured to the gable-end walls using metal straps to hold the structure together.  These are often missing in early examples of this type of roof structure and should be retro fitted.

OH, GOOD, IT ALREADY HAS A NEW ROOF…Under The Floor
Scroll to top